The Aurora floor plan of Pinnacle West Homes features 2 bedrooms, 2.5 baths, and plenty of storage with a 3 garage garage. 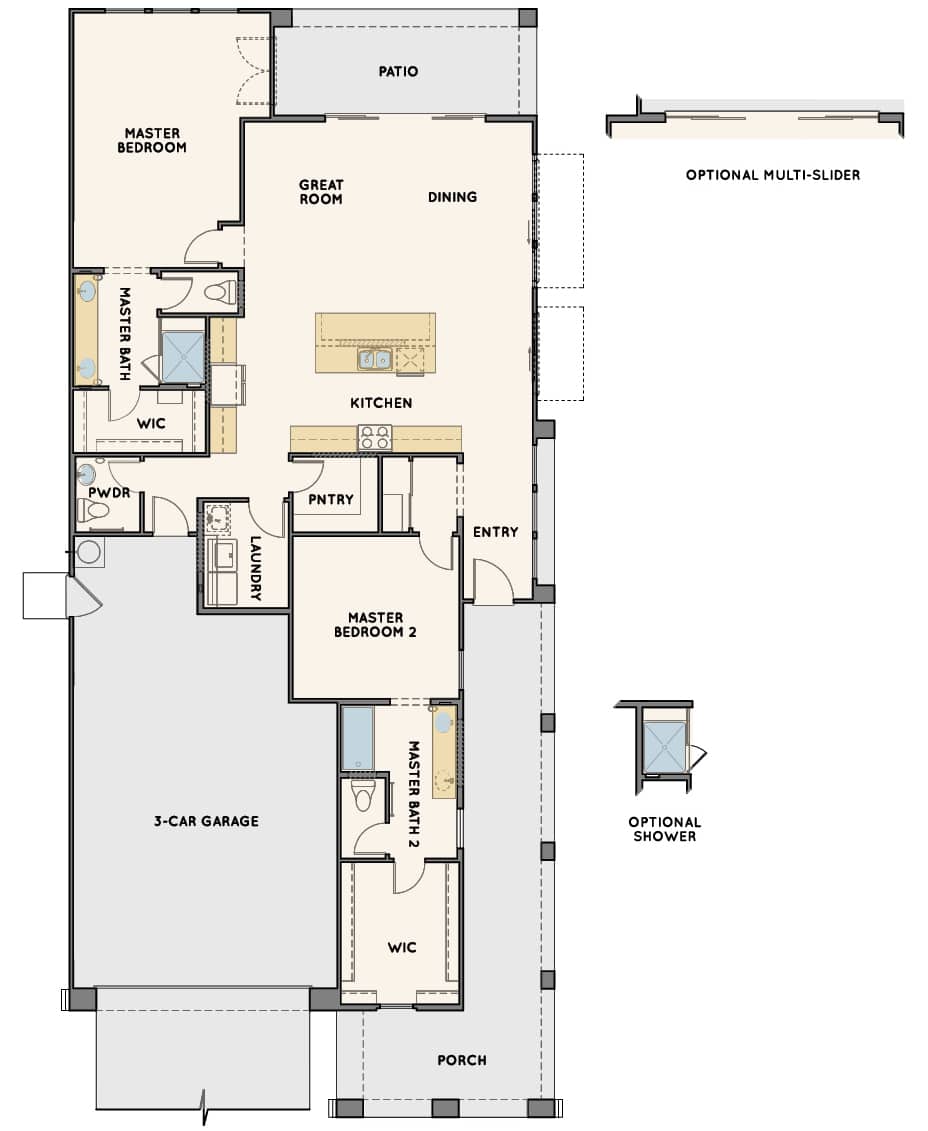