Phoenix International Raceway, also known as PIR, is a one-mile, low-banked race track located in the Estrella Mountains in Avondale, Arizona. The track opened in 1964 and currently hosts two race weekends annually. PIR has also hosted the IndyCar Series and the Rolex Sports Car Series. The raceway is currently owned and operated by International Speedway Corporation.

The raceway was originally constructed with a 2.5 miles (4.0 km) road course that ran both inside and outside of the main tri-oval. In 1991 the track was reconfigured with the current 1.51 miles (2.43 km) interior layout. PIR has an estimated grandstand seating capacity of around 67,000. Lights were installed around the track in 2004 following the addition of a second annual NASCAR race weekend.

Phoenix International Raceway is home to two annual NASCAR race weekends, one of 13 facilities on the NASCAR schedule to host more than one race weekend a year. The track is both the first and last stop in the western United States, as well as the second and second-to-last track on the schedule.

Construction of Phoenix International Raceway was completed in 1964. The track is built around the Estrella Mountains outside of Avondale, AZ. Because of the terrain and the incorporation of a road course and drag strip, designers had to build a “dogleg” into the backstretch. The original road course was 2 miles (3.2 km) in length and ran both inside and outside of the main oval track.

The hillsides adjacent to the track also offer a unique vantage point to watch races from. “Monument Hill”, located alongside turns 3 and 4, is a favorite among race fans because of the unique view and lower ticket prices. At the top of this hill lies a USGS bench marker known as Gila and Salt River Meridian, now listed on the National Register of Historic Places. Long before PIR existed, this spot was the original land survey point for all of what later became the state of Arizona.

PIR was built with the goal of being the western home of open wheel racing. Sports cars and USAC began racing at the track in 1964, and the track quickly became a favorite of drivers and soon replaced the old track at the Arizona State Fairgrounds. In 1977, the first Copper World Classic was held, a marque event for USAC midget and Silver Crown cars.

NASCAR began racing at PIR in 1978, however, it wasn’t until 1988 when NASCAR’s premier series, now the Sprint Cup Series, began racing at the track. Following the announcement of NASCAR being added to the track schedule, PIR built a 3-story suite building outside of turn 1 and increased grandstand capacity to 30,000. A year prior, the track’s main grandstand was struck by lightning and burned to the ground, reconstruction was finished in time for the first NASCAR cup race.

In 1991, the old 2.5 miles (4.0 km) road course was removed and replaced by a 1.51 miles (2.43 km) infield road course. On August 25, 1992 brought the  Guns N’ Roses/Metallica Stadium Tour  to the raceway. In 1996 the grandstand capacity was increased to 65,000. ISC officially took ownership of PIR from Emmett “Buddy” Jobe in April 1997. Racing at PIR began to dramatically change in 2003. The track reconstructed turn 2 by pushing back the outside wall to make racing safer. The wall originally came to an end where the old road course crossed the oval track.

At the same time, an access tunnel was built under turn 4. Previously, vehicles had to use crossover gates and pedestrians used a crossover bridge. In 2004, NASCAR announced it would give a second annual race weekend to PIR starting with the 2005 season. Following the announcement, the track installed lights to allow the newly scheduled NASCAR race to be run in the evening.

The addition of a second NASCAR racing weekend had dramatic effects on the economy of the state of Arizona. A study at the Arizona State University estimated that PIR brings in nearly $473 million annually to the state of Arizona. 2005 would also become the last year that a major open-wheel racing series would race at PIR. The track is still used by the Indycar Series for testing purposes.

In 2006, the Allison Grandstand was expanded from turn 1 to turn 2, increasing the reserved seating to 76,800. Included with the expansion is “Octane”, an exclusive lounge on top of the grandstands overlooking turn 1. In 2008 PIR added the SPEED Cantina, a one-of-a-kind at-track sports bar and grill, outside turn 2. In early 2010, some of the grandstands along the backstretch were removed to allow additional room for recreational vehicles, thus the seating capacity dropped to around 67,000.

In November 2010, ISC and the Avondale City Council announced plans for a $100 million long-term development for PIR. $15 million would go towards repaving the track (first time since 1990) and building a new media center. The plans also include a reconfiguration of the track. The reconfiguration of the track made the width of the front stretch 62 feet (19 m), changed the pit stalls from asphalt to concrete, moved the dogleg (back stretch) outward by 95 feet (29 m), as well as making the radius of the dogleg 500 feet (150 m).

Along with the other changes, the track changed to progressive banking with the banking of the first and second turn as well as the dogleg changing to 10–11 degrees, while the third and fourth turns will change to 8–9 degrees. The infield road course was also sealed off and removed from use, making PIR an oval-only facility. $7–$8 million will go towards connecting the track property to the Avondale water and sewer systems. Work began following the 2011 Subway Fresh Fit 500.

The reconfiguration project was completed by mid-August 2011, and on August 29–30, five drivers tested the new track, describing the new dogleg and backstretch as a “roller coaster” as now when they enter it dips, then rises on exit and dips down going into turn 3, due to the elevation changes. On October 4–5, several Sprint Cup teams tested the oval which was open to the public.

From the East – (Phoenix, Tempe, Mesa) 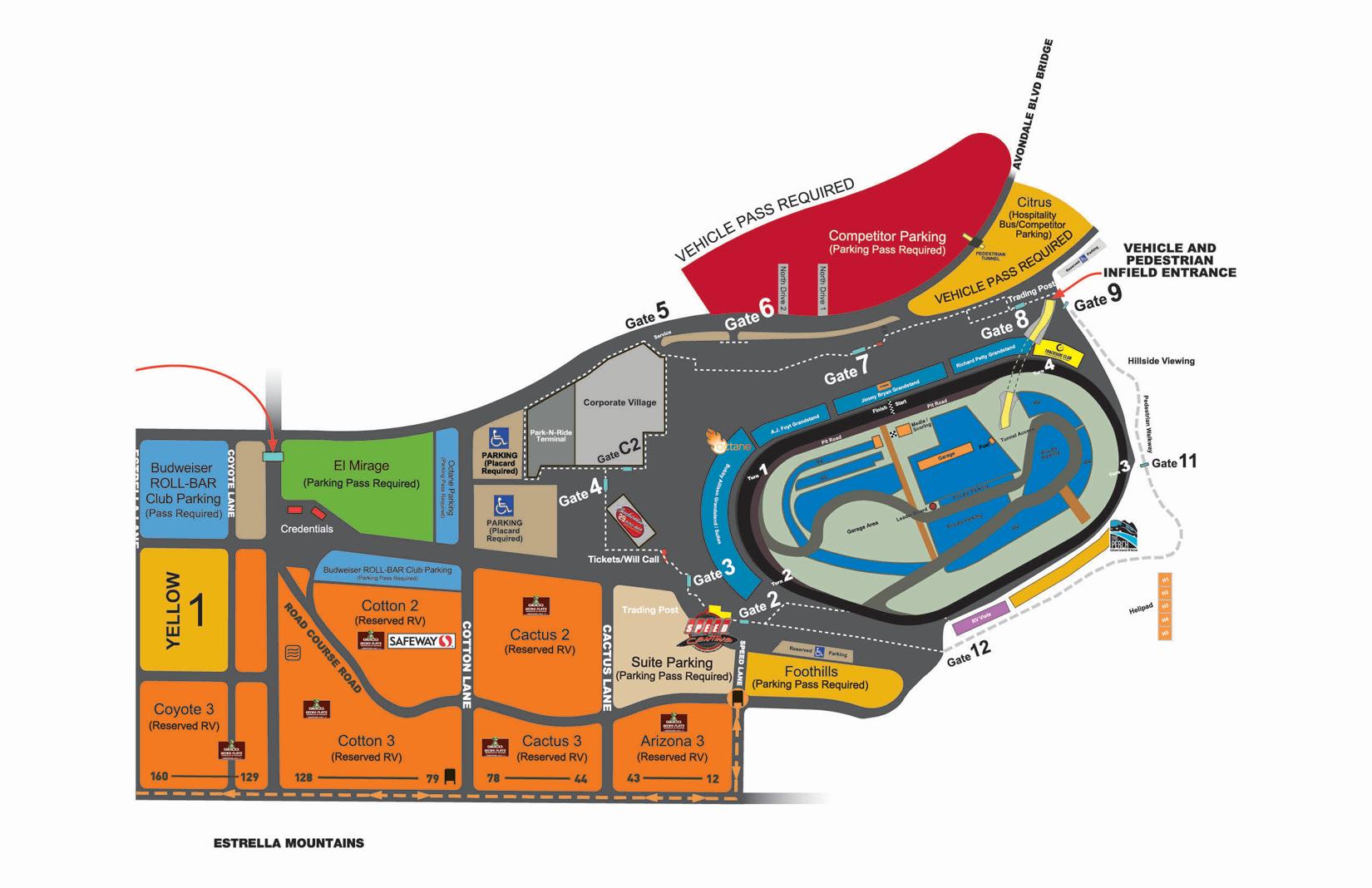 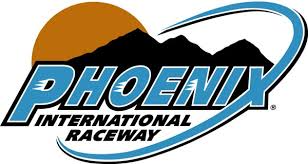