Admire the grand façade of the Pleasant Plan of Terrata Homes as you walk through the charming courtyard into the refined home. Through the front door, you are greeted by a vast great room, complete with coffered ceilings, an entertainment center niche and a stately sliding glass door that floods the room with serene mountain views. The chef-ready kitchen is just off to the left of the great room, featuring stainless steel appliances, generous counter space and a separate dining area.

Relax from a long day in the master retreat fit, for a king. The private bath is highlighted by a walk-in shower, a large corner tub, his and hers vanities and a spacious walk-in closet. Additionally, on the second floor of this spectacular home you will find three spare bedrooms, each with a walk-in closet, a sizable loft and a full laundry room.

Come home to a space perfect for entertaining and living, the Pleasant Plan by Terrata Homes. 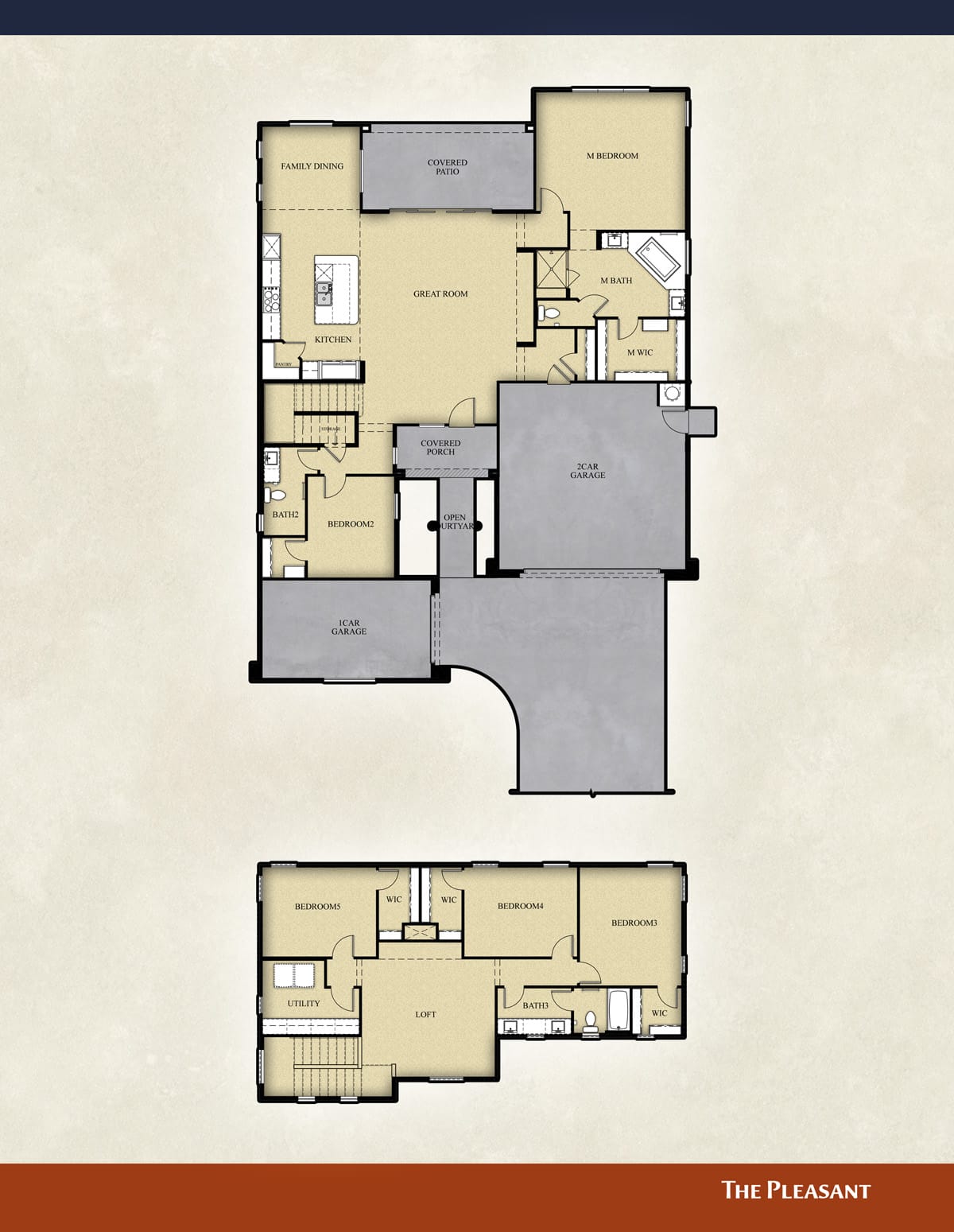 For more information on the Pleasant Plan or other homes in Estrella Mountain for sale, contact Johnny D today.